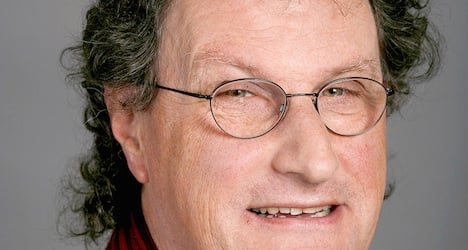 Müller, a member of the Green party, was also accused of sending lewd messages to the woman on a sex chat site during work time, according to a report from the Schweiz am Sonntag newspaper.

The Baden city council said Müller has agreed to step aside so that he can be “given the time to fully concentrate on clarifying the situation”.

The deputy mayor, Markus Schneider, has taken over the mayor’s ceremonial and management duties.

The council in a statement emphasized that “the presumption of innocence applies” in the case, which has drawn widespread media attention in Switzerland.

It comes after a Swiss federal parliament secretary sparked controversy by posting naked photos of herself on her Twitter account after posing for the photos in her Bern office.

Müller, who is separated from his wife and has three children, has also maintained that communications he had with the woman, described in media reports as a former girlfriend, were a private matter.

The Schweiz am Sonntag newspaper noted, however, that incriminating photos of the politician were taken at city hall.

It is not the first time Müller, 53, has faced controversy.

An ardent campaigner against nuclear power, he spent six months in jail as a young adult because he refused compulsory military service, according to a report from the weekly Die Weltwoche.

He has also come under fire for his support of the Palestinians and comments criticizing Israeli attacks on Gaza.