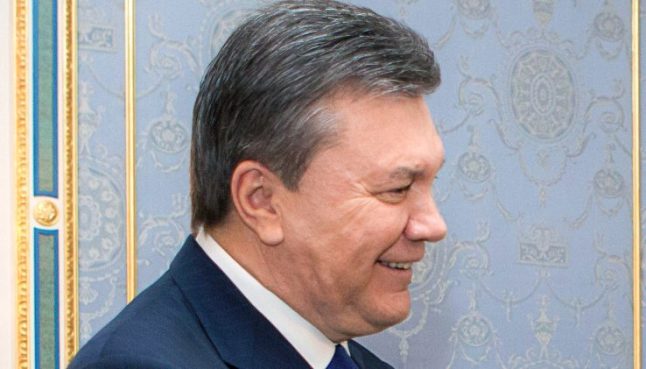 "Over the summer, we have received three requests for international legal assistance from Ukraine related to the entourage of Yanukovych, but not to the former president himself," justice department spokesman Folco Galli told AFP.

"We are now at the stage of examining the requests formally," he said.

In the wake of Yanukovych's ouster in February, Switzerland froze funds belonging to the ex-leader and his associates.

Among them was his son Alexander Yanukovych, whose personal fortune is estimated at more than $500 million, and who set up Geneva-based coal trading firm Mako Trading, in 2011.

Since February, Switzerland has frozen at least $190 million linked to the ex-president's inner circle.

In the event that future criminal cases in Ukraine establish that the money was embezzled and the individuals involved are convicted, the funds could be handed back to the country by Switzerland.