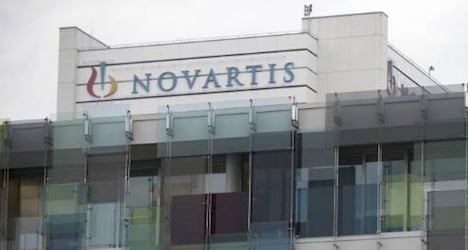 In a statement, the group said that the exclusive worldwide licensing agreement with the Global Alliance for TB Drug Development covered compounds discovered at the Novartis Institutes for Tropical Diseases.

All told, TB claimed 1.3 million lives worldwide last year, making it the deadliest disease after AIDS to be caused by a single infectious agent, according to the Geneva-based World Health Organization.

WHO figures show that there are 8.6 million cases of TB every year, and that drug-resistant forms are a huge emerging threat.

The disease is global, but its hotspots include China, India and the former communist countries of eastern Europe and central Asia.

The WHO last month called for a massive new international effort to try to wipe out TB by 2050.

Under the terms of agreement, Novartis will fully transfer its TB research and development programme to the Global Alliance.

The latter will take financial and operational responsibility for continued research, development, approval and distribution of compounds in the portfolio, Novartis said.

Pharmaceuticals in the deal include a novel class of drugs called indolcarboxamides that are active against drug sensitive and multi-resistant strains of TB.