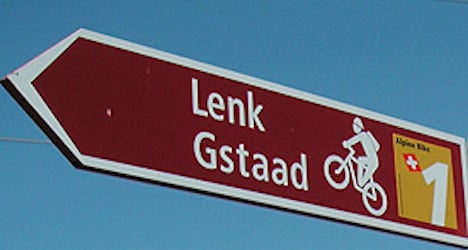 This summer “we treated an estimated 30 to 40 percent more bike accident victims” than the previous year, Christoph Sommer, chief doctor of emergency surgery at the Chur hospital, told the weekly.

The hospital dealt with 128 patients, half of them downhill cyclists, the other half cross-country bikers.

The most common injuries were mild concussions and fractures of the clavicle and shoulder blade.

Rib fractures combined with lung injury are also common, along with wrist and arm fractures and fractured back bones.

Most victims have multiple bruises and abrasions from the risky sport, Schweiz am Sonntag said.

The hospital in Interlaken treated 42 mountain bikers this summer, almost as many as for the entire year in 2013, the newspaper said.

But overall, the trend seems clear: ten years ago, a total of 2,761 mountain bike accidents were recorded in Switzerland, compared to 5,620 in 2012, the newspaper said.

Most of the victims (85 percent) were men aged between 30 and 59, according to the council for accident prevention.