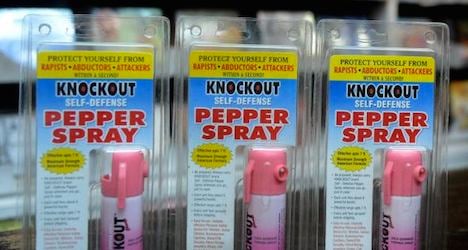 A man punched a judge from the federal court of social law in the face on December 5th 2013 after the court ruled against his demand in a social benefits case.

The judge was knocked to the ground and ended up in hospital for stitches to the face from the encounter, the first time a Swiss judge had been attacked, SonntagsBlick reported online on Monday.

He suffered a broken tooth and injury to the right hand.

“We hope that this affair remains an isolated case,” Gilbert Kolly, chief judge of the Swiss supreme court is quoted as saying.

But the incident sparked a debate about the safety of the country’s top judges.

A recent seminar organized by the federal police counselled 38 federal judges from Lausanne (where the federal supreme court is based) and Lucerne on ways to protect themselves, the newspaper reported online.

The seminar advised the judges to frequently change their routes to work from home and to vary their work hours.

At the end of the session the judges received pepper spray canisters and powerful flashlights, the newspaper said.

Federal criminal judge Roy Garré, president of the Swiss association of judges, told the weekly that judges have been concerned about the safety issue for some time.

“We fear that the Lucerne case could set an example and that other judges could become victims of attacks and assaults.”

The federal court also wants to see tougher laws against those involved in attacks on judges.

In the case of the man who attacked the Lucerne judge, the culprit escaped with a a 500-franc fine and legal costs of 2,500 francs.

The judge has yet to file charges, SonntagsBlick said.