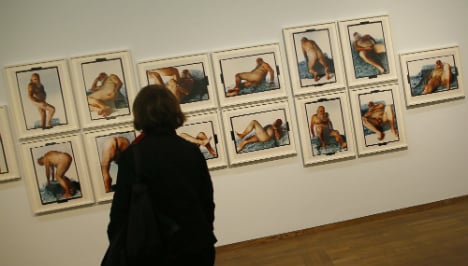 Two men and a woman were walking naked in slow motion in their performance entitled "Naked Slow Walk" through the centre of Zagreb, state-run HRT television reported, broadcasting images of the naked performers.

Officers escorted the trio to a nearby police station after convincing them to put their clothes back on.

The festival "I Love You Zagreb" was dedicated to late Croatian artist and performer Tomislav Gotovac who had walked naked through the streets of Zagreb back in 1981.

Its organiser said local authorities had been informed in advance of the event.

Meanwhile, police also detained a US-Korean artist who was sleeping at the Cvjetni Trg square, in central Zagreb, as part of her performance "Zagreb Dreaming", HRT reported.

She had planned to sleep there for eight hours there but was escorted to a police station less than an hour in to her performance.