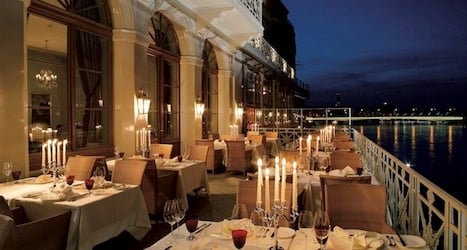 The country’s restaurant association Gastrosuisse launched the initiative to end what it called a discriminatory eight percent VAT charged for restaurant meals, while the rate for take-out food is 2.5 percent, the same charged for food in supermarkets.

The association argued that cutting the tax would make the Swiss restaurant industry more competitive against establishments in neighbouring European countries, where prices are lower, while preserving thousands of jobs in the sector.

But 71.5 percent of voters rejected the national initiative, with majority opposition recorded in every canton in the country.

A spokesman in favour of cutting the sales tax for restaurant food said during the campaign that he did not understand why the meal of the day at a restaurant should be taxed at a rate “three times higher than that applied to truffles or caviar bought in a fine foods shop”.

The federal government, which opposed the proposal, argued that it would reduce government revenues by 750 million francs a year, impacting social benefits and the unemployment insurance system.

The government argued that it was normal to tax restaurant food at a higher rate than that purchased in a store because of the various extra services provided by a restaurant.

Among other things, it said there was no evidence that restaurants would pass on any savings from a lower VAT to customers, and that at least some of the savings would likely be used to improve revenues.

In other vote results on Sunday, a clear majority of citizens in the canton of Geneva turned down a proposal to build a road tunnel to link two sides of Lake Geneva at the mouth of the Rade, the harbour area at the western extremity of the lake.

The tunnel was proposed by the cantonal wing of the right-wing Swiss People’s Party with backing from Touring Club Suisse, the motoring club, as a way of improving traffic circulation in Geneva’s clogged city centre.

But the cantonal government opposed the costly project — estimated at 1.2 billion francs by supporters, while critics said the final bill would be much higher.

The government said apart from being costly, the tunnel would not meet the canton’s transport needs.

The result appears to leave the way open for a future referendum on another crossing further to the east with a bridge or tunnel geared to handling traffic bypassing the city centre.

“The way of getting around in the hypercentre (downtown) cannot be modeled on the 1950s,” the head of the cantonal government François Longchamp is quoted as saying by the Tribune de Genève online.

“We will not make traffic more fluid by bringing more cars into the centre,” Longchamp said.

He said the government wanted to pursue the development of streetcars while improving other complementary forms of transport.