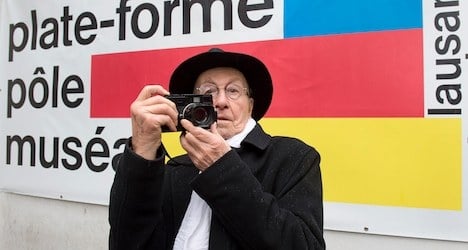 Burri, who lived between Zurich and Paris, had been suffering from a long illness, according to the photo agency.

"Not only was he one of the great post war photographers, he was also one of the most generous people I have had the privilege to meet," Martin Parr, president of Magnum Photos, said in an online statement.

Burri started working for Magnum in 1956 and covered major political events around the world.

Among his most famous works are an iconic portrait of the revolutionary Che Guevara smoking a cigar, as well as portraits of Fidel Castro and hundreds of pictures of the architect Le Corbusier, and artists Giacometti, Klein and Picasso.

He later said that Guevara was "an arrogant man, but he had charm . . . he was like a tiger in a cage."

Of photographing celebrities, Burri said: "You must not come at it like a bulldozer."

His friends said he took four years to organize a meeting with Picasso.

After studying at the Arts and Crafts school of Zurich, Burri worked as an assistant cameraman for Walt Disney films in Switzerland before joining Magnum.

His first picture, which he took in 1946 when he was 13, was a shot of Winston Churchill in an open-topped car driving through Zurich.

He left his archives of some 30,000 pictures to the Elysée Museum in Lausanne.