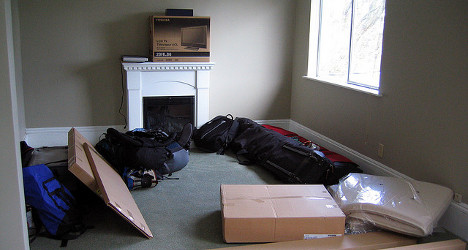 New tenants will now have the right to know the rent paid by their predecessors. Photo: Ruth Hartnup

The federal cabinet agreed on Wednesday to extend the rule – already practised in seven cantons in French-speaking Switzerland – throughout the country.

The new federal law will oblige all landlords to fill out a form telling potential new tenants what rent they charged their predecessors and justifying any rise.

The new tenants can then contest the rise if they feel it isn’t justified.

In areas where the rule is already in effect, tenants opposing a proposed rent rise are generally successful, Le Matin newspaper reported.

Government ministers  in favour of extending the law throughout the country pointed to the fact that rent rises in the cantons of Fribourg, Geneva, Neuchâtel and Vaud, where it is already imposed, are kept in check by the system.

Those against – generally right-wing politicians and property companies – said the ruling will lead to excessive administrative hassle and legal costs for landlords.

By approving the changes, the federal government hopes to improve transparency in the rental market and to slow down price hikes, according to Le Matin.

It also aims to put an end to surprise rent rises due to improvements made to a property.

If renovations raise the rental value of a property, the landlord may put the rent up but only if tenants were informed at the end of the previous contract.

As a result of the new country-wide agreement, the system will now be centralized, with the federal government issuing the official forms rather than the cantons in order to reduce confusion among landlords.