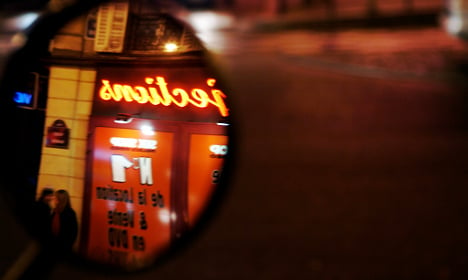 The woman, who managed to escape her tormentors a few weeks ago, sought refuge in Innsbruck, Tyrol, according to a report in Austria's Tiroler Tageszeitung newspaper.

Officers at a police station in Innsbruck said they were amazed when the young women came in on October 22nd and told them that in 2012 she had been given a date rape drug by a stranger, imprisoned in a cellar, and was then regularly forced to work as a prostitute in a bar in Switzerland.

“In addition to this she was often forced to take cocaine before working,” Christoph Hundertpfund from Tyrol police said in a press release on Thursday.

According to the 19-year-old, three other women were imprisoned with her and suffered a similar fate.

After hearing the woman’s story, Austrian Federal Criminal Police immediately informed police in Switzerland, who carried out a search of a house in Switzerland that night and arrested two men.

They reportedly also seized a large amount of drugs.

It is not clear if Swiss police found and freed the three other women.

The 19-year-old Kosovar is being cared for by a victim support centre in Austria.