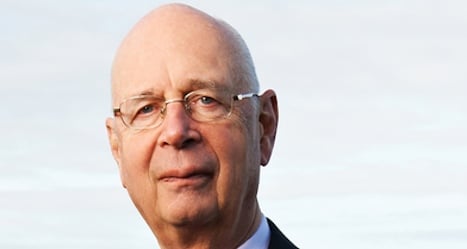 The organization, which each year gathers the global elite in the upscale Swiss ski resort of Davos, has drawn up a list of the top ten issues likely to preoccupy leaders over the coming 12 to 18 months.

Rising income inequality tops the list, which is based on surveys of 1,800 experts, including former US vice president Al Gore and former British prime minister Gordon Brown.

"As the world's rich continue to accumulate wealth at record rates, the middle class is struggling," Gore said in the report.

"The inherent dangers of neglecting inequality are obvious," warned another expert, Amina Mohammed, who is a special advisor to UN chief Ban Ki-moon on post-2015 planning.

"People, especially young people, excluded from the mainstream end up feeling disenfranchised and become easy fodder for conflict," she said, cautioning that this "undermines our democracies and cripples our hopes for sustainable development and peaceful societies."

Klaus Schwab, WEF founder and executive chairman, said while the global financial crisis and its after-effects appear to have subsided, the magnitude of other major global issues continues to increase, such as jobless growth and income inequality.

"In the realm of international politics, we have seen terrorist forces – often appearing without warning – continue to impede progress, threatening stability, peace and prosperity," he said.

In last year's "Outlook on the Global Agenda" report, income inequality ranked second, behind concerns about conflict and tensions in Syria and North Africa.

Lack of job growth was the next concern, moving from third to second in the latest survey, with employment numbers remaining flat or even falling when economies begin picking up speed after recessions.

The report said that "stagnating wages (contribute) to a vicious cycle of entrenched inequality through suppressed growth and employment prospects."

While many of the concerns listed have figured on previous WEF rankings, the experts this year identified two new headaches for decision makers.

One is rising geo-strategic competition, for instance connected with ballooning tensions between Russia and the West, listed in fourth place, while the other, intensifying nationalism, came in eighth.

"This suggests both an increasing fragmentation of international politics and a backlash against globalization among populations," WEF said.

Lack of leadership, which last year figured in seventh place, meanwhile moved up to third.

"This global leadership crisis is a trend which cuts across all the other issues," said WEF head of Global Knowledge Networks Martina Larkin.

"The danger is that instead of innovating and collaborating to tackle societal and economic challenges, nations and leaders will continue to retreat into isolationism," she wrote, stressing that "today's challenges require bold leadership and courage."

Environmental issues also made the top 10, with rising pollution in the developing world coming in sixth, ahead of severe weather events in seventh and fear of water stress and shortages in ninth.

The list rounds up with the growing importance of health in the economy, at a time when Ebola is taking a devastating toll on societies and economies in worst-hit west African nations.

The report also highlighted the heavy impact diseases like HIV/AIDS, malaria and tuberculosis have on many countries around the globe.

The World Bank estimates 50 percent of the difference in economic growth between developing and developed nations can be attributed to poor health and low life expectancy, it said.