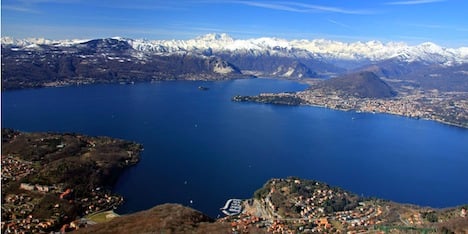 MeteoSwiss, the national weather office, issued on midday Tuesday a level five warning  (on a scale of one to five) of flooding for Lake Maggiore, affecting the lakeside towns of Ascona and Locarno.

Locarno has already experienced its worst floods in nine years.

The city’s Santa Chiara clinic, located 50 metres from the lake, was evacuated on Tuesday, impacting 80 patients.

Twenty of them, receiving acute care, were transferred to the nearby La Carità hospital, clinic director Guido Bernasconi told the ATS news agency.

The other 60 patients were placed in homes for seniors or ambulatory medical care centres.

Residents of two caravan sites near the lake at Tenero were also evacuated, while civil protection workers rigged up elevated walkways in several parts of Locarno to allow pedestrians to walk without getting their feet wet.

The level of Lake Maggiore, which averages around 193 metres is expiated to rise as high as 196.5 metres by Thursday, a spokesman from the geological institute of the Scuola Universitaria Professionale della Svizzera told ATS.

The lake straddles the Swiss-Italian border and is more than 64 kilometres long.

Lake Lugano, to the east, is also higher than usual, with a level four warning issued for the Lugano area expected on Wednesday.

The heavy precipitation has led to level-four warnings of avalanches at higher elevations in Ticino and the Haut Valais region, with snow accumulating above 1,500 metres.

Between a metre and 1.5 metres of snow has fallen on the Val Maggia and Val Verzasca areas.

Last week, a 31-year-old woman and her three-year-old daughter died when a landslide swept away their home in Bombinasco, west of Lugano.

Ticino cantonal police put out a weather alert, advising members of the public:

– Not to stand on bridges or near waterways

– Be aware of the potential for landslides and falling trees

Police added that traffic was being rerouted in areas around the Maggiore and Lugano lakes.