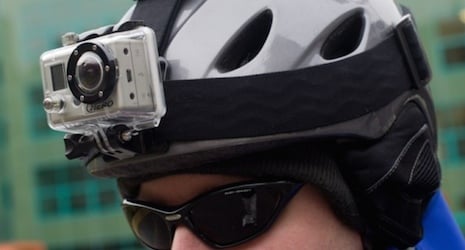 A boom in the use of the cameras that can be easily affixed to helmets is significantly increasing risks on the slopes in two ways, the bureau says, according to a report from Swiss radio broadcaster RTS.

The first concern is that the cameras incite users to take risks in the hopes of getting more exciting video images while often forgetting the most simple security measures.

The second is that many skiers do not realize that in the event of a fall, their helmet risks breaking and increasing the likelihood of serious head injuries, the BFU says.

This issue has come into focus after Formula One legend Michael Schumacher was critically injured when he fell and struck his head on a rock while skiing last December at Meribel in the French Alps.

Schumacher remains immobile after hospital treatment in Grenoble and Lausanne and is now undergoing rehabilitation at his Swiss home in Gland (canton of Vaud) overlooking Lake Geneva.

According to a report from France, Schumacher’s serious brain injury was worsened by the fact he was wearing a video camera on his helmet, which split open.

Formula One commentator Jean-Louis Moncet told Europe 1 radio last month he believes this was the case, although he emphasized it was just his opinion and there have been no official reports to substantiate his theory.

Still, the BFU maintains there is plenty of evidence that the cameras pose a risk.

Use of helmet-mounted cameras has been banned for safety reasons by equestrian organizations at events in the US and the UK.

Cameras are just one of several issues raised by the BFU in a bid to reduce accidents and injuries on Swiss ski slopes.

More than 1.7 million residents of Switzerland ski, with around 50,530 skiers falling prey to accidents each year.

The most common accidents affect the knees (26 percent) followed by the head (13 percent).

A frequent cause of accidents is skiers not adapting their speed and their style to their abilities and to the conditions, the BFU says.

It recommends that skiers:

– Have their equipment checked and bindings adjusted every year

– Wear a helmet that fits properly and meets safety standards

– Follow a course to improve their technique with advice from professionals

– Adapt their speed to their style and abilities, as well as to piste conditions