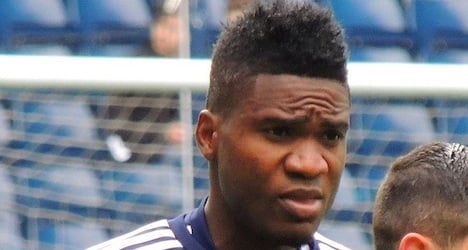 Brown, 26, a forward with English Premier League team West Bromwich Albion, played for the Neuchâtel Xamax team from 2008 to 2010, where he began a relationship with a secretary at the club, the local newspapers L’Express and L’Impartial reported.

The relationship continued after the footballer was transferred to Sochaux-Montbéliard, a second division French team, with his partner making regular trips to see him in France.

However, after she became pregnant, Brown broke off ties with the woman, who gave birth to a baby boy in January 2011.

Brown rejected paternal responsibility but after three years of legal procedures, the boy’s mother gained a decision from a civil court, which on Friday ruled Brown is the child’s father, the newspapers reported.

The court declared that the woman had the sole right to care for the child while ordering the footballer to cough up the parental support.

Brown, who reportedly did not appear before the court, has 30 days to decide whether to appeal the decision.