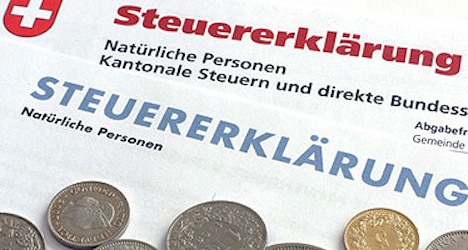 The findings come from an annual cross-Europe poll carried out by credit management service Intrum Justitia.

The European Consumer Payment Report released on Monday showed that 45 percent of Swiss residents interviewed recognized that they had not paid all their bills on time over the previous six months because of a lack of money.

More than one in four residents of Switzerland said they no longer have any money left after paying their expenses, in line with findings across Europe.

The principal cause of financial problems for Swiss households were expenses for health, the cost of living, insurance and loss of work.

Many Swiss are cutting their expenditures on recreation and clothing, the report said.

At the same time 60 percent of Swiss say they manage their finances well and more were able to save a fixed amount at the end of the month than in 2013.

The survey also found that 68 percent believe that the European Union is not properly managing its finances, while 26 percent think the same of the Swiss government.

Overall, the report concluded that the “painfully slow” recovery in Europe from the economic crisis is affecting millions of consumers across the continent.

The lack of confidence in recovery and high unemployment levels are restricting spending by many Europeans, with a risk that this could push Europe into a “negative spiral”, it said.

Consumers in countries such as Greece, Portugal, Spain, Hungary, France and Italy said they do not see any improvement.

The findings are based on a survey of more than 21,000 consumers in 21 European countries conducted by Trendbox, a research agency.

For a look at the full report, check here.