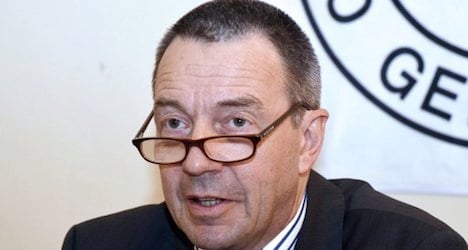 "This record budget is required to meet the needs and fit our response to the changing nature of armed conflict," said Peter Maurer, head of the International Committee of the Red Cross.

Despite swelling budgets, ICRC and other aid organizations are facing a "widening gap between vast humanitarian needs and an adequate response," the organization warned.

"Now more than ever, millions of people in increasingly volatile situations stand in need of protection and assistance," ICRC said, pointing to crises in Syria, Gaza, Iraq, South Sudan, Ukraine, among others.

Syria will remain the biggest budget post next year, with the Geneva-based organization planning to dish out more than 164 million Swiss francs ($170 million, 136 million euros), or about 10 percent of its annual spending, on its operations in the war-ravage country.

Operations in South Sudan will come in second at 131.2 million francs, followed by Afghanistan at 80.1 million and Iraq at 78.1 million, it said.

In these places and elsewhere, the world is "witnessing new kinds of crises, in new combinations, often with a regional dimension," Maurer explained.

ICRC's efforts to gain "access and proximity to ever greater numbers of people in need while coping with increasingly severe security constraints is a fundamental challenge for us," he said.

ICRC also stressed the requirements in west Africa, a region struggling to recover from drawn-out conflicts, that has now been further ravaged by the Ebola outbreak that has killed nearly 5,700 people.

In addition to the crises splashed across global headlines, many remain forgotten and neglected, ICRC lamented.

It stressed though that in places like the Democratic Republic of Congo and Somalia "levels of violence and atrocities against civilians are losing none of their intensity and are further aggravating the humanitarian situation already impaired by decades of conflict."

The ICRC's 2015 budget marks the third consecutive year of record appeals, and towers 25 percent over what it initially requested from donors for its activities this year.

It is also the most it had ever requested from donors, and towered 25 percent over what it appealed for last year, which was a record at that time.

ICRC said 2014 had been a particularly dramatic one for the organization, which saw three staff members killed, in Central African Republic, Libya and Ukraine.

In Syria, where three ICRC staff members are being held after they were grabbed more than a year ago, 40 Syrian Arab Red Crescent volunteers have been killed since the conflict began in March 2011, it said.

"Now as ever, ICRC is striving to manage the fine balance between providing humanitarian aid where it is needed and making sure that its personnel are not exposed to undue risk," he told reporters.