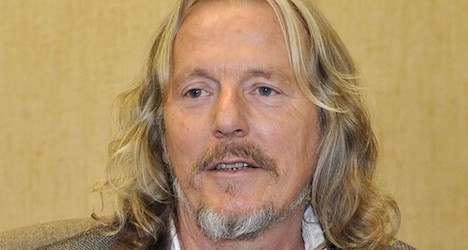 Beltracchi, 63, was sentenced to six years in jail in 2011by a court in Germany after admitting to producing hundreds of fake paintings and to selling them with his wife and two accomplices.

Forgeries were sold as paintings by such famous artists as Max Ernst, Fernand Léger and Kees van Dongen with dealers reselling them to unsuspecting buyers for as much as $7 million.

The Galerie Christine Brügger launched its display of Beltracchi fakes as well as originals over the weekend.

The paintings include “works” by Pablo Picasso, Max Beckmann, Max Ernst and Henri Matisse, priced at up to 60,000 francs apiece, the Berner Zeitung newspaper reported online.

How did these paintings end up on display in Bern?

“I’ve read about Beltracchi and was fascinated by the technique of his pictures,” gallery owner Christine Brügger told the Berner Zeitung.

“Then I called him up and drove to Cologne.”

She said Beltracchi promised to let her exhibit the works.

Beltracchi, reached by phone by the Bern newspaper, said Brügger was the first gallery owner to ask him about showing his paintings.

“I thought that was very brave,” he said.

Beltracchi is due to be released from prison on January 9th when he plans to move to France (he feels like an “alien” in Germany), the Berner Zeitung said.

He said he wanted to make a second career as an artist because “I have to make money”.

Already he is allowed to paint in a studio for 12 hours during the day before returning to his cell at night and his wife was released from jail last year.

Beltracchi told the Berner Zeitung he regretted “the criminal act” of selling forged paintings but not the paintings themselves.

The newspaper said of the 300 forgeries he produced only around 50 were uncovered, meaning 250 undiscovered fakes are hanging in museums and art collections.

“I say nothing as long as people do not report,”Beltracchi is quoted as saying but if anyone asks “I give an honest answer”.

Beltracchi said the fakes were sold to eight to ten distributors — large dealers and auction houses — rather than individuals.

Meanwhile, he is now painting fakes for customers in the US and around the world, in addition to his originals.

The Berner Zeitung said the asking price for one of his collages is 145,000 francs

“Such a painting belongs in a museum,” gallery owner Brügger told the daily.

“But which museum would ever dare to buy a Beltracchi?”

The artworks remain on display until December 21st.