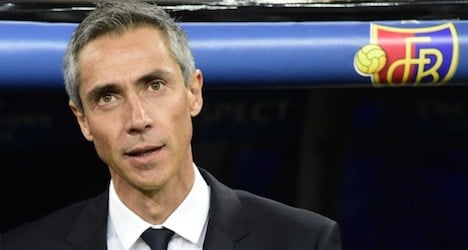 pbSwiss champions Basel, who advanced after coming second in Group B to Real Madrid, will play the Portuguese side at home on February 18th before the return match at Porto on March 10.

Swiss media have noted with irony that Basel’s coach Paulo Sousa is Portuguese and a former player for Benfica and Portugal’s national team, although he never played for or managed Porto.

The playoffs will lead to the final game set for Berlin’s Olympiastadion on June 6th 2015.

Meanwhile, in the lower-tier Europa League, Switzerland’s BSC Young Boys team from Bern will tackle England’s Everton on February 19th and 26th under the draw for that league’s final 32 announced by UEFA at its headquarters in Nyon in the canton of Vaud.

The playoffs lead up to the Europa Cup final game set for May 27th at Warsaw’s National Stadium in Poland.
.