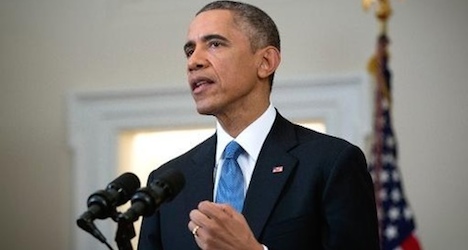 US President Barack Obama announced the decision in a televised address from the White House on Wednesday after the release of an American contractor held in a Cuban prison for five years.

The decision ended 18 months of secret negotiations that terminated in an agreement, sealed during a 45-minute telephone call between Obama and Cuba’s President Raul Castro, to set aside differences and resume relations.

Switzerland “welcomes this historic step and congratulates the two parties,” the federal department of foreign affairs said in a brief statement on the development.

Foreign affairs department officials in Bern were unable to say what the consequences would be for the Swiss mandate in both countries.

What role Switzerland played in the US-Cuba rapprochement is not precisely clear but the country clearly acted as a conduit for negotiations.

Pope Francis, who encouraged the thawing of relations, hailed the agreement through a statement issued by the Vatican as a "historic decision".

“We will end an outdated approach that for decades has failed to advance our interests and instead we will begin to normalize relations between our two countries,” Obama said.

The agreement will “begin a new chapter among the nations of the Americas”, the US president said.

It will move the two countries beyond a “rigid policy that is rooted in events that took place before most of us were born.”

As part of the deal, the US sent back three Cuban spies who had been in an American prison for 13 years in return for an American spy detained in a prison in Cuba for almost 20 years.

Obama said the policy of isolating the Caribbean island nation just 145 kilometres off America’s coast “has not worked”.

America’s freeze on relations and its economic blockade of Cuba dates back to the Cold War era.

At the same time, Switzerland and other European countries, as well as other nations such as Canada, have maintained relations with the Spanish-speaking country that remains under the rule of a communist government.

The American economic blockade stays in place for the moment but the US has agreed to ease restrictions on remittances, travel and banking relations, The New York Times reported.

He called for an end to the economic blockade but added that “the progress made in our exchanges proves that it is possible to find solutions to many problems”.

Switzerland has been engaged in development aid in Cuba with a strategy focused on municipal development in the areas of agriculture and accommodation, according to the foreign affairs department.

The Swiss have "good" bilateral relations with Cuba and have cooperated on development, as well as providing humanitarian aid.

But while there is a Swiss-Cuban Chamber of Commerce, trade between the two countries is "modest", the department said. 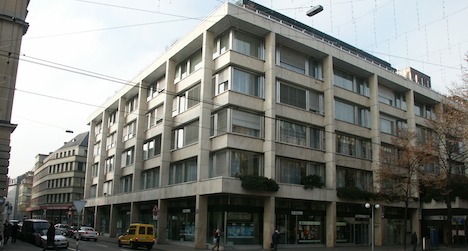