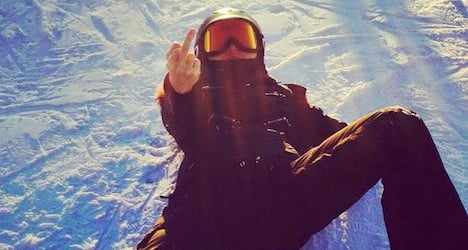 The 56-year-old American singer was spotted on the weekend skiing at the Glacier 3000 resort in Les Diablerets in the canton of Vaud.

“Look what I found on the Glacier!” Madonna writes next to a photo of a local landmark at the resort, a rocky outcropping, that she posted to her Facebook page at the beginning of the week.

“Quille du Diable! The Pin of the Devil.”

Madonna spent part of the Christmas holidays with her family in Gstaad, which is linked to the Glacier 3000 resort, where she posted photos of her day skiing on New Year’s Day.

One of the photos shows her posing, with helmet and goggles on, next to a carved wood statue of a marmot — “My new Boyfriend! Mr. Marmoset Hard and Silent!”

Another shows her lying on her back in the snow, in a ski outfit, again with goggles and helmet, giving the finger to the photographer.

“Here I am Chillin!” she writes next to the picture.

One photo in particular caught the attention of Swiss media.

Posted on New Year’s Day, it shows the words “Revolution”, the title of her new album, painted on the metal safety bar of a ski lift at Gstaad.

The words appear to have been painted on with white and red varnish.

But the Schweiz am Sonntag newspaper reported that the Gstaad Tourism office was unhappy with the graffiti.

The newspaper quoted spokesman Kerstin Sonnekalb as saying it “definitely not” acceptable for people to scribble messages on lifts for posting on Twitter or Facebook.

“If repairing the damage costs and the the vandals who caused it are identified they should certainly expect to be held accountable,” Sonnekalb said.

She acknowledged, however, that the criminal damage was minor and while Madonna may have posted the picture there is no proof she was there.

Madonna’s last posted photo of the Swiss Alps on Twitter, posted on Tuesday, is accompanied with the words: “Goodbye Paradise! Back to werk!”

Look what i found on the Glacier! Quille du Diable! The Pin of the Devil. #devilpray pic.twitter.com/pDEZPOsvYY

On the Glacier 10 thousand feet up! What matters shifts into focus! Sing Alleluia! #devilpray pic.twitter.com/eA7mLlhdkK 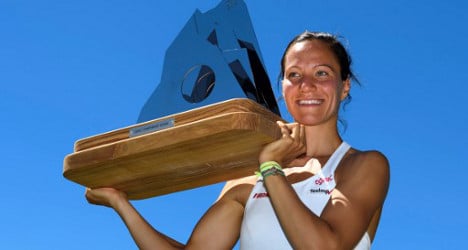 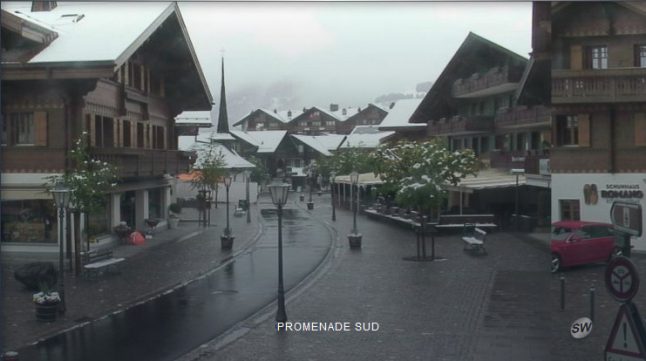