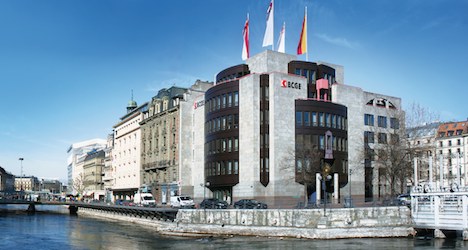 The Banque Cantonale de Genève said on Thursday that the theft had affected several thousand of its estimated 240,000 clients but that there had been "no financial damage."

The hackers, calling themselves Rex Mundi, were threatening to publish some 30,000 emails of the affected clients if the bank did not hand over €10,000 ($11,800) by Friday, Le Temps newspaper reported.

The cantonal bank, which focuses on small and medium-sized businesses and on portfolio investments, refused to comment on the blackmail report when contacted by AFP.

BCGE said the authorities have launched an investigation into the hacking.

The bank said it had beefed up internet security and blocked access to online forms.