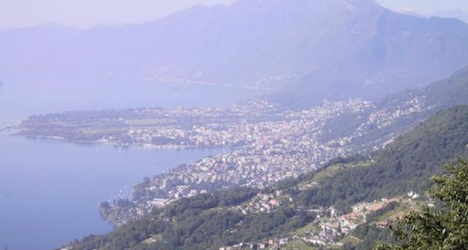 With mountain views and overlooking the northern end of Lake Maggiore, the community of 4,600 near Locarno  has been exposed to rotten odours for 25 years and the residents are fed up.

“All over the world people open their windows to let in the air,” 67-year-old resident Oswaldo Codiga told the Blick newspaper.

“Only here in Gordola they must be closed,” Codiga said.

“If you open (a window) you cannot get rid of the stink in the house.”

Fifteen-year-old student Giacomo Zanolari grew up with the stench but has never been comfortable with it.

“When friends come to visit . . . it’s embarrassing,” he told Blick.

Several sources are believed responsible for the unpleasant aromas, the newspaper reported.

The local government has already called for the closure of the Compodino composting plant.

“It contributes significantly to air pollution and was originally built illegally,” village mayor Armando Zuellig, 63, is quoted as saying.

But it’s not just the compost heap, if the fields are fertilized, the air is unbearable, he said

The head of the composting plant, Thomas Gnehm, defended his operation against the accusations.

“Other (composting plants) stink much more.”

Gnehm said he wants remedy the situation, explaining that he had not covered the compostables before because he is operating in an agricultural zone.

Residents have formed a group called Basta Puzze that aims to root out and eliminate the source of the bad air.

The group has sent letters of protest and demanded appraisals from the cantonal government, so far to no avail.

A photo published in Blick of four students from the village holding their noses has, if nothing else, raised the profile for the cause.