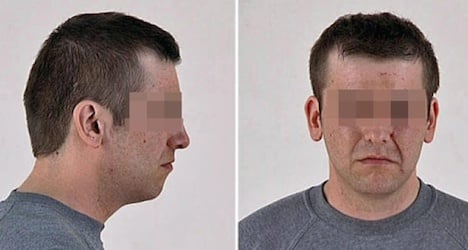 The victim in the case dating back to July 28th 2012, a woman who was 18 at the time, miraculously escaped with her life because of a defective bullet, according to evidence.

The district court heard the man picked his victim at random, following her as she got off the train at the Hirschtal station in Aargau, late at night, the ATS news agency reported.

In a dark place he fired at the woman at point blank range, aiming at her head.

By a stroke of luck, the defective bullet lodged in her scalp and she believed she had been hit in the head.

Her attacker then tried to strangle her but she fought him off after a struggle and ran home.

It was only when she was admitted at a local hospital that the bullet was discovered in her head, although it did not enter her brain, the ATS report said.

Following this discovery, the woman’s parents contacted police who recovered the man’s gun, which he had thrown to the ground, before tracking him down and arresting him.

According to a report from the Blick newspaper the convicted man showed no remorse for his deeds.

Unknown to police before this act, he lived with his parents, ATS reported.

Investigators found child pornography images uploaded from the internet on a computer at his home.

He testified to judges that he had for a long time felt rejected by women and other people.

The court found him guilty of attempted murder and for attempting to disturb the peace of the dead.