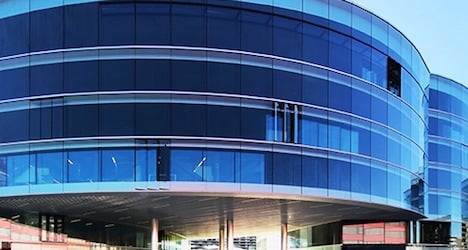 The Geneva Centre for Security Policy is housed in the "Maison de la Paix". Photo: GCSP

The Swiss defence department on Friday confirmed a report by public broadcaster RTS that a programme that had allowed two representatives of the Pyongyang regime to come and take classes at the Geneva Centre for Security Policy each year since 2011.

Participants in the programme reportedly analyzed international security issues like the problem of weapons of mass destruction, terrorism and human rights violations.

The Arab Spring uprisings and the Ukrainian crisis have figured on the curriculum, with participants discussing the role of the armed forces and democracy issues, according to RTS.

But concerns were raised after revelations last year that North Korean officers participated in an unauthorized exercises at a shooting range.

After some parliamentarians raised questions about the grants, the defence department decided to halt them, it confirmed.

North Korean officers will still be permitted to take part in the programme, but will need to finance their studies themselves, RTS said.