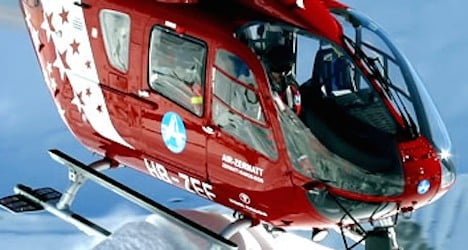 The accident occurred at the end of the afternoon on Sunday as the man triggered the snow slide while skiing in a place called Breiti, above the village of Gspon, at an altitude of around 2,300 metres, Valais cantonal police said.

Skiing alone, he had descended from the Ochsehorn, a 2,912-metre peak, on his way back to the village.

He was carried down the mountainside and buried by the snow, police said.

The German, a resident of Switzerland, was found on Monday morning by a search and rescue team aboard an Air Zermatt helicopter.

He was carrying an avalanche victim’s detector, which allowed him to be located but he was already dead when the team arrived, police said.

The fatality is at least the 21st caused by an avalanche in the Swiss mountains this winter (2014-15).

Elsewhere, Bern cantonal police are investigating the death of a 21-year-old Slovakian man whose boy was found on Sunday at the base of a cliff above a hamlet in Lauterbrunnen in the Bernese Oberland.

The victim, a resident of the canton of Bern, was reported missing on Saturday around midday, police said.