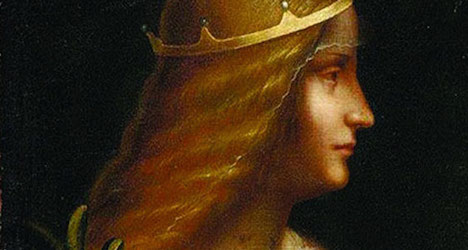 Italian prosecutors said Tuesday that the painting, a portrait of Renaissance noblewoman Isabella d'Este, had been seized from a vault in Lugano, near the Italian border.

At the time of its seizure on Monday, negotiations were under way to sell the painting — which reportedly belongs to a wealthy Italian family based in Switzerland — for €120 million (over $135 million), the prosecutors said in a statement.

The painting was found to be in Switzerland in 2013 after Italian authorities were alerted that a local lawyer had been given a mandate to sell it for a minimum of 95 million euros.

A leading Italian da Vinci expert, Carlo Pedretti, has said he believes the work to be the completed oil version of the Mona Lisa artist's sketch of d'Este, which now hangs in the Louvre in Paris.

Other experts have cast doubt on whether the painting is 100 percent the work of Leonardo, suggesting it could have simply been done in his style on the basis of the Louvre sketch, or started by the master and completed at a later date by one or more of his students.

Italy holds one of the world's largest concentrations of artistic heritage and is often the target of art traffickers.

Italian police in January seized over 5,000 ancient artefacts in a record €45-million haul after dismantling a Swiss-Italian trafficking ring.