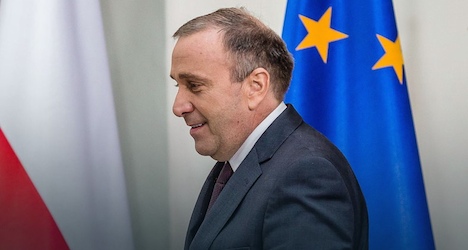 "It must be condemned . . . supplying this kind of equipment facilitates the aggression of the Russian military," Foreign Minister Grzegorz Schetyna told PAP news agency of the €85-million ($91 million sale).

The netting is designed to escap  e detection by radar and infra-red captors and constitutes the largest ever sale of Swiss military equipment to a Russian company.

Maienfisch declined to name either the civilian Russian buyer or the Swiss supplier.

The United States and the European Union imposed a first round of sanctions against Moscow in March 2014 over its actions in Ukraine, followed by further penalties as the conflict has dragged on.