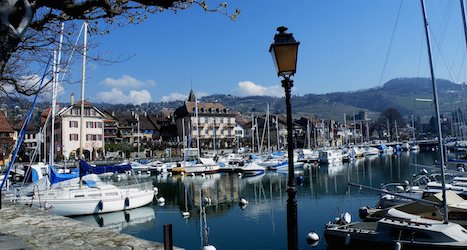 Police were notified of the gruesome discovery at the village east of Lausanne at around 3pm on Monday.

Investigating officers encountered the 49-year-old Irish husband of the victim in the first-floor apartment, who was injured and in need of hospital treatment, police said.

Police said the man’s life was not in danger but because of his need for medical treatment he had not been interviewed by police investigators or the prosecutor.

Investigators said neither the circumstances of the woman’s death nor the exact causes of what happened were known.

Her nationality was not disclosed.

But police said the case involved a “violent death”.Police inspector of the criminal division are conducting an investigation under the direction of local prosecutor Hervé Nicod.