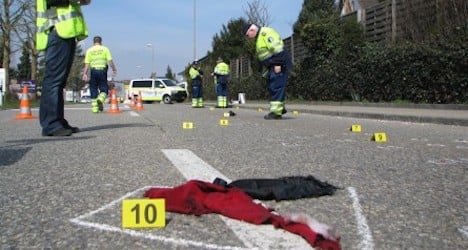 The incident occurred on Tuesday morning in the municipality of Zofingen, cantonal police said.

The driver of the vehicle fled the scene leaving the woman, a local resident, dead on the road, police said.

A motorist found the lifeless victim near a railway crossing at 10am, police said.

The discovery prompted police to issue a call for witnesses to track down the alleged culprit.

Inquiries led investigators to a truck in Eastern Switzerland that was driven by the Austrian.

When questioned, the driver was very concerned but he denied being aware of the accident, 20 Minuten newspaper reported on Thursday.

But the local prosecutor’s office has launched a criminal case against the man for manslaughter and various road traffic offences.