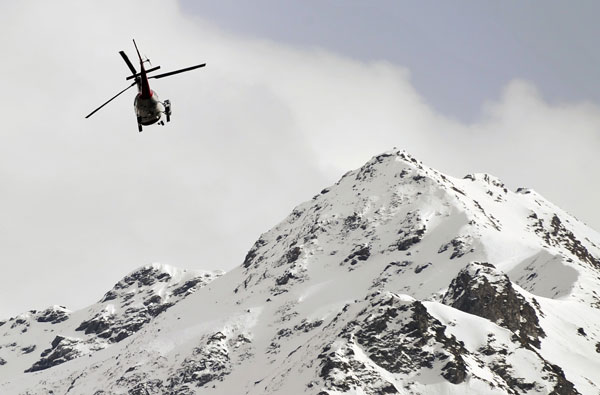 The first avalanche on Friday on the Pigne d'Arolla mountain swept away a group of seven, including the 60-year-old German man, police in the southwestern canton of Valais said in a statement.

Three members of the group, made up of five skiers and two guides, were slightly injured.

All but one were able to dig themselves out from under the snow and come to the aid of the German.

He was airlifted to hospital but died later.

In a second incident on Saturday on Mount Vélan, also in the canton of Valais, two British brothers aged 30 and 31 were descending when the younger was caught in an avalanche.

Rescuers were able to reach him quickly but he died at the scene, police said.