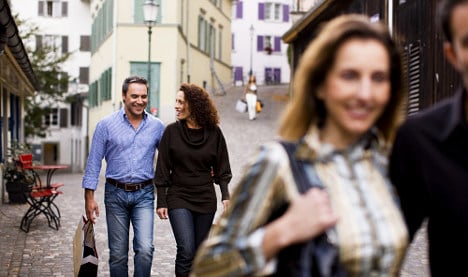 The index, developed by the Social Progress Imperative, a US non-profit group, gauges factors such as healthcare, education, safety, personal freedoms and access to food, water and shelter to assess what makes a country a good place to live.

Released on Thursday, the Social Progress Index 2015, scoring 133 countries with available data, aims to give a different assessment of the wealth of a country than its Gross Domestic Product.

Switzerland ranks ahead of Iceland and New Zealand, which was ranked first in 2014, in a study that concluded poverty is a more serious impediment to human wellbeing than inequality.

While Norway, Sweden and Switzerland all have high incomes, the Social Progressive Imperative found that inequality had little relationship with social progress.

The index ranks Switzerland second only to Finland (ranked seventh overall) in the world when it comes to basic human needs such as nutrition and basic medical care, water and sanitation, shelter and personal safety.

But the index ranks Switzerland only tenth for opportunity, due to “weaker performance on access to advanced education and tolerance and inclusion”.

The findings show that even the top ten countries — all of them small nations with populations under 25 million with the exception of sixth-ranked Canada — score poorly on ecosystem sustainability.

Among the countries with the world’s biggest economies, the UK ranks 11th in the index, ahead of Germany (14th), the US (16th) and Spain (20th) with France falling out of the top 20 in 21st place.

The Central African Republic ranks at the bottom of the index, ahead of Chad, Afghanistan, Guinea and Angola.

However, 28 countries could not be fully evaluated because of lack of data.

Here’s the top 10 countries in the index: