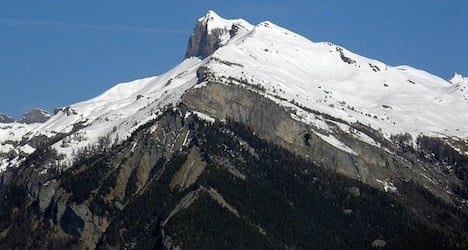 The victim fell 300 metres from an outcropping of rock while skiing late Wednesday afternoon in the direction of an area known as “Pierre Meule”, cantonal police said.

Witnesses notified police of the accident shortly before 5pm, sparking a search of the area.

The man, a resident of the Montreux area, was discovered and winched up into a Rega emergency rescue helicopter but it was too late to save him, police said.

He had been skiing on the Diablerets glacier but left the patrolled area to descend to the Col du Pillon, the base of a cable car lift.

According to the initial investigation, it appears he skied too far down a slope and climbed 200 metres back up the mountain.

At an altitude of 2,250 metres he fell from a drop-off, hitting rocks before ending up at another rocky outcropping, 300 metres below, police said.

The accident was investigated by mountain specialist gendarmes.