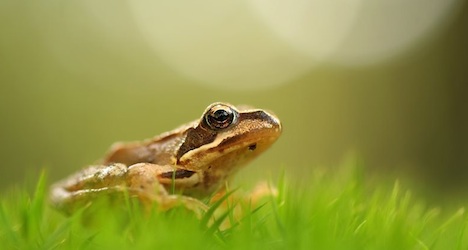 After 41 minutes of play between the Embrach and Räterschen teams the game on Friday night was abandoned with the score at 2-2 after the amphibians took over the pitch.

At first just a few frogs were spotted on the sidelines but after a few minutes the pitch was “swarming with thousands of frogs”, FC Embrach said on its website.

The football club is used to seeing a few frogs in the grass but never in these kinds of numbers.

"It has occurred on and off,” the football club’s s vice president Sandro Caviola told the 20 Minuten newspaper.

“But something like Friday we have never experienced before.”

“The frogs were travelling to the forest — unfortunately, our (field) is on the way there,” Caviola said.

The two teams are hoping the frogs will have moved on by May 11th when they are set to replay the match.