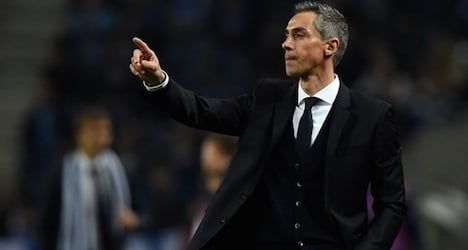 The Basel team’s 0-0 draw with Bern’s Young Boys was enough for the squad to clinch the championship for the sixth time in a row.

With three games left in the season, FC Basel, coached by Portuguese Paulo Sousa has accumulated enough points to outdistance Young Boys, in second place 11 points behind the leaders.

The performance marks the 18th time the Basel team has won the national title, and the tenth time in the last 14 seasons.

It capped the career of captain Marco Streller, 33, who is retiring at the end of the season.

The striker, a native of Basel, began playing for his home-town club in 2000 and subsequently played for the Swiss national team.

“It’s a difficult moment for me because this is the last championship title of my career,” Streller told broadcaster SRF.

Basel may be on top now but it still has some distance to go to capture the all-time record for league championships — 27 — held by Zurich’s Grasshoppers club.