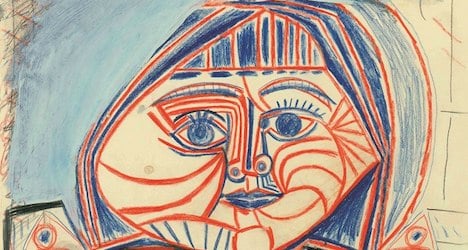 The works on display at the Kuntshaus Interlaken were created by the celebrated Spanish artist using Caran d’Ache coloured pencils and pastels.

The exhibition, which opened at the weekend, includes around 60 original drawings, silhouettes, engravings, many of them coming from private collections and on display for the first time.

“The idea for Les Caran d'Ache de Picasso exhibition was born nearly two years ago when we discovered in photographs by David Douglas Duncan that Picasso had used for certain drawings and dedications Neocolor wax pastels by Caran d'Ache,” Stéphanie Ansari , co-curator of the exhibition, said in a news release.

Caran d’Ache is a Geneva-based company that is this year celebrating its 100th anniversary.

It was founded in 1915 when Arnold Schweitzer acquired the Ecridor Pencil Factory and named the new company after the nickname of a French political cartoonist.

The name is linked to the Russian word for pencil.

Caran d’Ache went on to carve out a reputation as a manufacturer of art and luxury writing instruments.

With the help of new Caran d'Ache products Picasso could experiment with new techniques, the Kunsthaus Interlaken said.

“He combined crayons, pencils and wax pastels on various substrates by wetting everything to mix the colours and materials,” the museum said.

In the same way, Picasso (1881-1973) painted lithographs, engravings and photographs.

“At the age of twelve I could draw like Raphael, but I needed a whole life to learn how to draw like a child,” Picasso once said.

In his ongoing search for new ways of working, Picasso returned to drawing as the basis of his imagination and creativity, the Kunsthaus Interlaken said.

“We are honoured and very pleased to discover that our company was able to contribute to the artistic expression of one of the greatest masters of all time, all the more because we are celebrating our 100th anniversary this year,” Carole Pretty, president of Caran d’Ache said in a statement.

Accompanying the exhibition is a series of photographs of Picasso by David Douglas Duncan, an American photojournalist who had exclusive access to Picasso’s private life.

Duncan met Picasso in 1956 and spent the next 17 years taking photos of the artist.

The exhibition runs until August 30th. 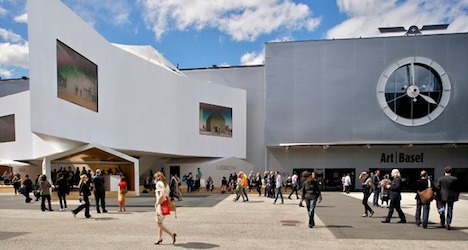