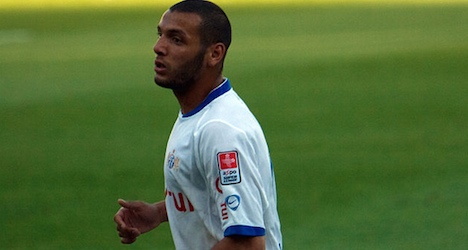 Chikhaoui, 28, was with his wife in the chic Zurich shopping precinct last Wednesday when he was confronted by city police officers, who suspected him of being a pickpocket, the TagesAnzeiger newspaper reported online on Monday.

The lanky (1.89 metres tall) Tunisian national player defended himself and after a scuffle ended up being forced to the ground face down, where he was cuffed in front of his shocked spouse and passersby, the daily said.

The midfielder was taken to a police station where after questioning he was released as officers realized there had been a “misunderstanding”, Tages Anzeiger said.

Chikhaoui, described as a quiet, reserved person and a devout Muslim has not commented publicly on the episode.

Wolff has agreed to discuss the matter with Chikhaoui but the meeting is not set until July because the footballer will be out of the country playing for the Tunisian national football team and on holidays, as well as training in Germany.