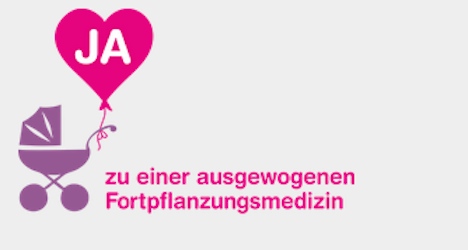 In national referendum, almost 62 percent supported a change in the constitution that would allow genetic profiling of embryos before implantation in the womb.

The amendment could eventually allow couples who cannot have a child through normal means or who risk transmitting a serious genetic illness to their offspring to obtain a pre-implantation genetic diagnosis (PGD).

The Swiss constitution did not allow PGDs, forcing couples in Switzerland who wanted this procedure to go abroad.

PGD, a technique employed in some countries since the 1990s, can be used to increase chances of successful pregnancy and to screen out genetic disorders.

But the technology raises moral questions for some, with religious groups in Switzerland opposing its use.

The Swiss Evangelical Party announced on Sunday that its would launch a referendum against any law that is introduced to allow PGD, following the change in the constitution, the SDA news service said.

The technology is something that could impact several hundred couple in Switzerland a year, the agency said.