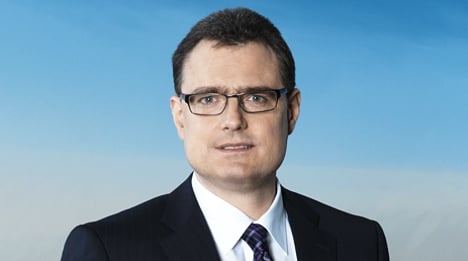 “We are watching the situation very closely, of course, but we still go on the assumption that in Europe a solution can be found,” Thomas Jordan said after the SNB announced that it was maintaining negative interest rates in a bid to weaken the franc.

If a “Grexit” does occur, Jordan said he expected turmoil in the financial markets.

A Eurogroup meeting of finance ministers broke up on Thursday without reaching any deal with Greece on a plan to finance its debts in what Swiss media are describing as a drawn-out “poker game”.

Greece is trying to reach an agreement without introducing more austerity measures, such as cutting pensions for its citizens.

The Swiss franc has played the role of safe haven for some time and the pressure on the currency is only expected to mount further in the case of a Greek exit.

Jordan did not spell out exactly what measures the Swiss central bank would take in such an event.

Earlier he told a news conference that the franc remains “significantly overvalued”.

He added, as he has done before, that “we will therefore remain active in the foreign exchange market, as necessary, in order to influence monetary conditions.”

The euro was trading around 1.048 francs on foreign exchange markets late Thursday.

After defending a minimum euro exchange rate of 1.20 for more than three years, the SNB abandoned the policy in mid-January, calling it “unsustainable”, and FX traders immediately bid up the value of the franc.

The bank also imposed a negative interest rate of minus 0.75 percent on sight deposits at the SNB.

This remains unchanged along with a target range for the three-month Libor (the borrowing rate for banks) at between minus 1.25 and minus 0.25 percent.

Jordan said the effects of the rate will be closely monitored.

He said the central bank’s forecast calls for negative inflation to continue until 2017.

The forecast also calls for the Swiss economy to grow by one percent this year, based on an expected global recovery which “is likely to lead to a gradual upturn in demand for Swiss products” that will cushion the impact of the strong franc “somewhat”.

But Jordan said risks could jeopardize the recovery, “first and foremost the difficult financial situation in Greece and geopolitical tensions”.