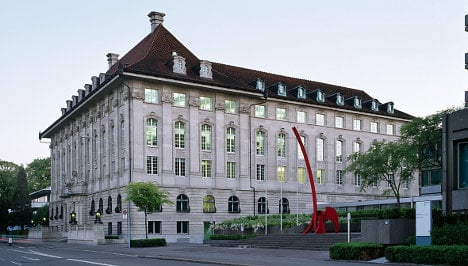 Swiss Re headquarters in Zurich. Photo: Swiss Re

Insurance premiums rose 3.7 percent to $4.8 trillion, a sharp rise over the 1.4-percent growth recorded in 2013, according to the Sigma study, conducted for the Swiss Re insurance group.

“There was a return to positive growth in the life sector, with premiums up 4.3 percent to $2.7 trillion after a 1.8-percent decline in 2013,” the Swiss insurer said.

“Very strong growth in Oceania and solid results in Western Europe and Japan more than offset yet another year of contraction in North America, with falling sales of term and universal life products in the United States,” it
said.

In the non-life sector, premiums rose 2.9 percent to $2.1 trillion globally.

Swiss Re said since the financial crisis of 2008, life premiums in the advanced markets had stagnated while in emerging markets, average annual premium growth was slower than in the pre-crisis years.

The insurer said it expected to see accelerated growth in 2015, with low oil prices likely to boost the global economy and lead to higher consumer spending and investment.

It said premium growth in the life sector was expected to remain fairly solid in the advanced economies this year and accelerate further in the emerging markets, especially in China and India, where government policies and
new laws are expected to stimulate the market.

The outlook for non-life insurance was bleak for Western Europe due to the sluggish economic recovery but was strong in emerging economies, Swiss Re said.