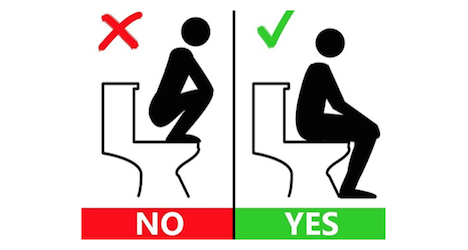 The pictograms instruct users to sit on toilet seats rather than to squat on them and to discard used toilet paper in the lavatory rather than in the waste bin.

“It happens that guests mount on the toilet seats to do their business — sometimes they don’t know where to put the (toilet) paper,” Roger Joss, director of marketing for the Rigi railway, told 20 Minuten newspaper.

The signs, installed in a bid to improve cleanliness, appear to be targeted at tourists from Southeast Asia and the Middle East.

“Tourists from the Gulf region or Asian countries are not very aware of our way of living,” Marcel Furer, head of the regional tourist office, told 20 Minuten.

“It’s happened that people relieve themselves in the shower rather than in the toilet,” Furer said.

To address the issue, the tourist office has published a brochure explaining Swiss standards for the good use of toilets, as well as other customs, 20 Minuten said.

For example, the brochure says that it is normal for merchants to give Swiss francs in change for purchases made in euros or dollars.

Surrounded by three lakes with panoramic views of the Alps, Mount Rigi is a magnet for tourists and an increasingly popular spot for Asian tourists visiting Switzerland.

Around 7,000 visitors take the train to the summit in the summer season.

But several of the Chinese and Korean tourists interviewed by 20 Minuten were non-plussed by the toilet-training campaign.

Most said they were aware of how to use the toilets and found the signs to be superfluous.

One Korean said the measure was typically Swiss.

“Here everything is signposted,” the tourist said.

“That’s great, for example, on the (hiking) trails.” 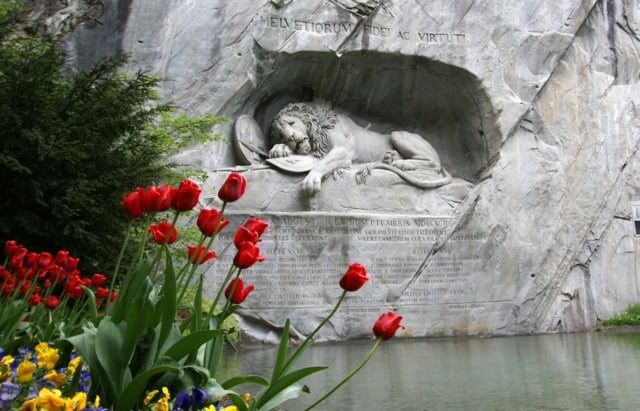