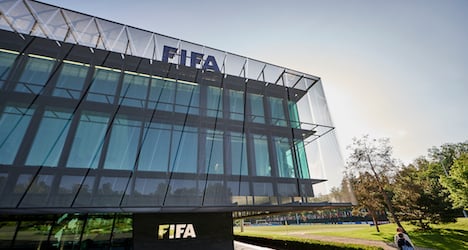 “The formal requests were received last night at the federal office of justice,” the Swiss government said in a statement.

On Wednesday, the US embassy in Bern submitted the formal extradition requests, the government said.

The requests are based on the arrest warrants issued on May 20th by the US Attorney's Office for the Eastern District of New York, which is investigating the high-ranking Fifa officers on suspicion of taking bribes worth over $100 million.

In return, those suspected of paying the bribes — representatives of sports media and sports promotion firms — are believed to have received media, marketing and sponsorship rights for soccer tournaments in the United States and in Latin America.

Bern noted that these crimes are thought to have been agreed and prepared in the US, and payments were allegedly routed through American banks.

Acting for the Swiss department of justice, Zurich cantonal police will give the seven Fifa officials a hearing on the extradition requests, the government said.

The department “will then grant the persons concerned, or their lawyers, a period of 14 days in which to respond to the request”.

This time limit may be extended by 14 days if sufficient grounds exist, the government said.

Drawing on the request, the hearings and the responses of the persons concerned, the justice department will then rule on extradition within a few weeks.

The seven officials — all from South and North America — have all indicated they will fight extradition.

Those held include Jeffrey Webb of the Cayman Islands and Eugenio Figueredo from Uruguay, who are both former Fifa vice presidents.

Costa Rican Eduardo Li was supposed to join the Fifa executive committee in May.

The development marks the latest chapter in the crisis that engulfed Zurich-based Fifa after a total of 18 people (including the seven officials arrested in Switzerland) were indicted in the US on football-related corruption charges.

After the indictments were announced, Fifa's 79-year-old president Sepp Blatter announced on June 2nd that he would step down at a special congress to be held between December this year and March 2016.

A meeting of the Fifa Executive Committee will take place in Zurich on July 20th, when a date will be fixed for the congress at which Blatter's successor will be elected.

Blatter has not been accused by either inquiry and again strongly denied involvement in corruption in a German media interview released on Wednesday.

Experts said the battle over the extradition of the seven officials could take more than a year with hearings running alongside the election for a new Fifa president.

“This is a matter for the relevant authorities,” said a spokesperson.