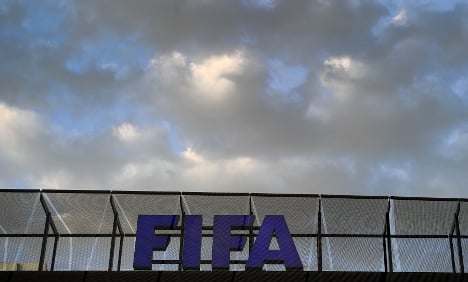 The Swiss justice authorities have received new instances of alleged money laundering almost on a daily basis since the attorney general Michael Lauber announced on June 17 an initial 53 cases to be looked into.

“All reports are related to the OAG's investigation into the allocation of the football World Cups 2018 & 2022.”

Marty, though, did not give details nor the amounts of accounts already frozen by the department with relation to this affair.

These revelations come three weeks after Lauber said the 53 “suspicious” cases had been reported by banks and that a “huge and complex” inquiry into football's world body could take months if not years.

Officials said the 53 are individuals and companies and that each case could involve many more transactions.

“We note positively that banks in Switzerland did fulfill their duties to file suspicious activity reports,” he told a press conference.

Swiss authorities have set up a special task force to look into the World Cup bids.

It is one of two major fraud investigations that have rocked Fifa. US authorities last month charged 14 people in a separate bribery investigation.

Lauber said he “does not exclude” questioning Fifa boss Sepp Blatter or general secretary Jerome Valcke, although neither is currently under suspicion.

He said nine terrabytes of data had been seized, including at Fifa's Zurich headquarters and the probe would take time.

“The world of football needs to be patient… By its nature, this investigation will take more than the legendary '90 minutes',” that a football match takes, said Lauber, who has just been re-elected for a four-year mandate.

Lauber said he did not feel under pressure with the next World Cup in Russia just three years away.

Senior Fifa official Domenico Scala has said there could be a revote for the 2018 and 2022 World Cups if there was evidence of wrongdoing in the bidding process.