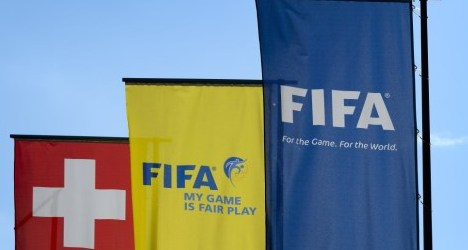 However, any changes put to September's meeting of the Fifa executive committee could, according to senior sources, face stiff opposition despite the calls from major sponsors for there to be serious reforms following the US authorities charging 14 people, including three former Fifa vice-presidents, of taking or giving millions of dollars of bribes in return for football marketing and television contracts.

Fifa's outgoing president Sepp Blatter announced on Monday that an 11-strong task force, with an independent chairperson, would prepare reforms including limits on terms for leaders, tougher background checks on executive committee members and the publication of salaries of top officials.

Pressure from major sponsors has come in recent weeks for Fifa to name an independent commission led by a heavyweight figure to prepare reforms to be put to the congress when a new president is elected on February 26th.

Some officials even mentioned the name of Kofi Annan. But the former UN secretary general made it known through a spokesman that he already has a “busy schedule” and is not interested.

However a source close to the Fifa leadership said that a name would be announced “very soon”.

The source said the task force would have to get to work quickly to prepare a “succinct report” on the reforms to put to a Fifa executive committee meeting in September.

The head of the group is to be named by Blatter and the heads of the six regional confederations within Fifa.

The four main confederations — UEFA for Europe, the Confederation of African Football, the Asian Football Confederation and Concacaf, which represents North and Central America and the Caribbean — will each name two members of the commission.

Conmebol for South America and the Oceania confederation will name one apiece.

“Despite everything that has happened many of these regional heads remain opposed to the new reforms,” said a former member of the FIFA executive committee.

The official spoke on condition of anonymity because of the sensitivity of the topic as negotiations are held on who will be Fifa's next president.

“But Europe is not alone in worrying about these reforms,” the former executive member told AFP.

“Nearly all the regional heads have reasons to want to water down the measures.

“Some have legitimate concerns about how the reforms will work and be applied. Some do not want interference in their territory. Some are worried about their own positions.

“This campaign will take a long time, almost certainly beyond the election congress and it will be a tough battle. There will be efforts to water down these measures.”

Platini, who has called for root and branch reform at Fifa, issued a statement welcoming the creation of the task force.

He said it was: “an important step towards improving overall processes and transparency within the organisation.

“We must now make sure that the reforms outlined … will be undertaken in a swift and effective manner.”

Sponsors have not yet reacted publicly. But the Transparency International activist group said the task force would not restore trust in Fifa.

“Fifa is a rotten democracy where votes can be bought, bribes can be made and money can be laundered. It has promised reform many times before and failed dismally,” said Neil Martinson, Transparency International's director of communications.