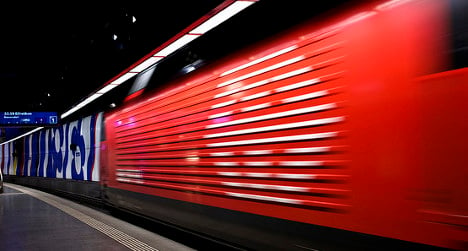 Switzerland's navy blue half-price and full-year rail passes are as much a part of Swiss wallets as the Cumulus Card for Migros supermarkets, or the yellow PostFinance bank card.

But after years of only cosmetic changes, the Swiss Railways Federation is to launch a new smart rail pass containing an electronic chip.

Dubbed the SwissPass, the red card to be launched on August 1st will replace both the current Half-Fare railcard and the GA (AG) railcard.

Critically, the arrival of the SwissPass will mean pass holders no longer have to obtain a new card every year.

While the new card will feature a photograph of holders, along with their name, birth date and their customer number, it won't include an expiry date.
Instead, railway staff will scan passes with customer information being checked against a central database.
The new SwissPass has come in for some criticism from consumer groups, especially over the fact that rail passes will be automatically renewed when they expire.
At present some 60 percent of users renew their railcards when they run out.
In response, railway authorities have said they will send out a letter 60 days before yearly subscriptions are set to expire. People can then cancel that subscription at train stations and at post offices, as well as online or via telephone.
Another warning: the new SwissPass cannot be read by scanners in Austria and Germany. That means anyone hoping to make the most of the 25 percent discount offered to Swiss railcard holders for travel in those countries will have to carry an international discount card made out of good-old fashioned paper.
In future, the SwissPass will enable rail customers simple access to services like Mobility Carsharing, PubliBike, SwissMobile and to ski areas, railway authorities have said.
The public transport users' group Pro Bahn, meanwhile, has said it hopes the SwissPass will finally spell an end to the travel chaos caused by the existence of a wide range of regional transport tariffs across Switzerland.
The Swiss Railways Federation has asked for people to be patient during the roll-out of the new cards.