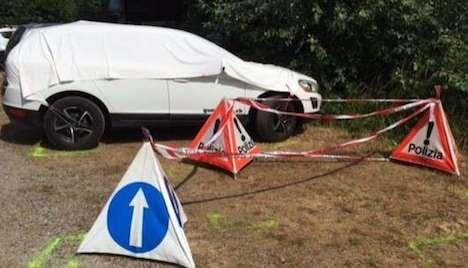 The girl, named by media as Chayenne, was found in the car by her sisters – aged 15, 13 and nine – on Tuesday evening, the Blick tabloid reported online.

Attempts by medics to revive her failed and she was pronounced dead at the scene.

The car was parked at a campsite in Muzzano, where the girl’s family were staying.

Quoting the ticinonews website, Blick said autopsy results confirmed the heat in the car had caused the child’s death. The report has been passed to the public prosecutor’s office.

Forensic investigators attempted to reconstruct events at the incident scene on Wednesday, the paper said.

It is hoped images from a surveillance camera will also cast light on what happened.

It is still unclear why the girl was left alone in the car, and how long she was there.

The child’s mother was questioned for the first time on Thursday, and deliberate action on her part could be ruled out, Blick said.

She and her three daughters are being cared for in hospital in Lugano.

The incident occurred as temperatures soared during a record-breaking heatwave.