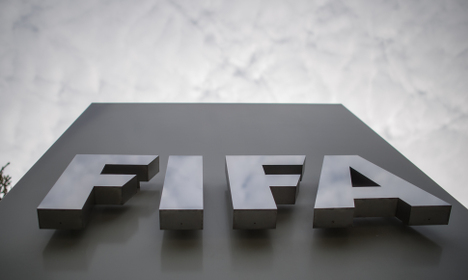 The United States has also demanded Rocha's extradition as part of its probe into massive corruption at football's governing body.

Swiss justice ministry spokesman Folco Galli said that although Rocha had consented to face justice in Nicaragua, no action will be taken until US officials agree to set aside their own extradition request.

“If the US authorities do not agree, the issue will be decided by (Swiss justice officials),” Galli said in a statement.

But if forced to choose between two conflicting requests, the justice ministry said it will consider the specifics of the alleged crimes and the nationality of the suspect, in accordance with its bilateral treaty with the US.

While Switzerland has no bilateral treaty with Nicaragua, extradition there remains possible under federal law, Galli said.

Jeffrey Webb, a native of the Cayman Islands and an ex-Fifa vice president, was extradited to the US last month.

The five remaining Fifa officials wanted by US authorities — all from South America or the Concacaf zone of North and Central America and the Caribbean — have not yet agreed to be extradited.

They include Eugenio Figueredo from Uruguay — also an ex-Fifa vice president and Costa Rican Eduardo Li, who was supposed to join the Fifa Executive Committee in May.

Rocha was among the group arrested during a dawn raid in Zurich on May 27th ahead of a Fifa congress.

The case, initiated by the US Department of Justice that also targeted seven sports marketing executives, has shaken the football world and sparked worldwide calls for massive reform.

According to Galli, Nicaragua suspects Rocha of similar offences to those listed in the US indictment.

Specifically, Nicaraguan prosecutors allege that Rocha took “bribes in connection with the award to a US sports marketing agency of marketing rights to soccer matches”, Galli said.

Swiss authorities have also launched a separate probe looking into the awarding of the 2018 and 2022 World Cups to Russia and Qatar respectively.

Outgoing Fifa chief Sepp Blatter, who has not been charged with any crimes and has fiercely denied any wrongdoing, ultimately agreed to step down, with his successor to be chosen at a special election in February.

Carrard, 77, previously guided the International Olympic Committee through its own governance reforms in the wake of the bribery scandal-hit Winter Olympics of 2002.

Blatter, whom some experts insist was complicit in the graft at Fifa, has called Carrard the “right man” with a “proven track record.”