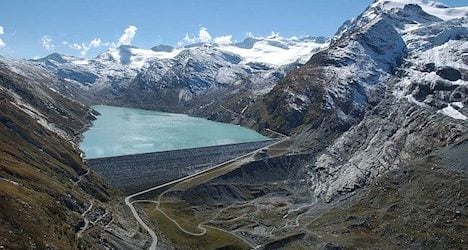 On August 30th 1965 part of the Allalin glacier above a cliff gave way, covering the dam construction worksite at an altitude of 2,200 metres with two million cubic metres of rock and ice.

Twenty three of the victims, aged 17 to 70, were Swiss, four were Spanish, two were German, two were Austrian and one was stateless.

The disaster put on a spotlight on the condition of immigrant workers in Switzerland that led to improvements in employment standards.

The tragedy held up the construction of the dam by a year.

Begun in May 1960, it was completed in 1967, while the reservoir was filled two years later, according to Swiss broadcaster RTS.
Families of the victims took legal action alleging negligence by managers of the project but none of the 27 directors, engineers and senior officials targeted were found guilty, although the case was fought all the way to the supreme court, RTS said.

“More than 1,000 people participated in the ceremony,” Domenico Mesiano, president of an organizing committee, told the ATS news agency.

Jacques Melly, president of the Valais cantonal government, paid tribute to the workers who lost their lives “in the service of the country and the canton”, ATS said.

Melly recalled the indignation sparked in Switzerland and abroad by the court verdict on the disaster.

But he said the memorial event was not the place to revive the controversy but to bring it up to date and understand what happened.

The job of politicians was to plan large projects but to also put in place preventive measures to avoid future catastrophes, such as the one at Mattmark, he said.

As part of the ceremonies, the bishops of Sion (canton of Valais) and Belluno-Feltre (Italy) blessed a stele with an inscription in Italian and German that pays homage to the workers killed while working on a “grandiose project that assured the future and progress”. 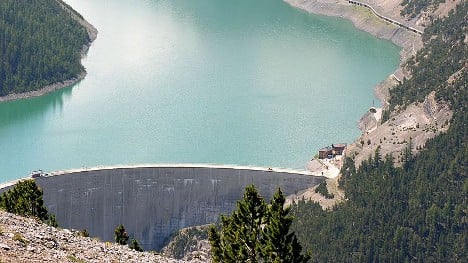