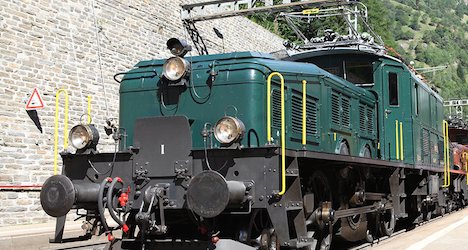 The “Crocodile” electric locomotive, built in 1925 to haul freight through the Alps on the Gotthard Bahn, began its journey to the museum from Olten on Monday morning.

It was to be hauled to Germany where it will be pulled by another locomotive to Poland and then transferred to a cargo vessel to Sweden.

After a trip of eight days it will be transported to the Sveriges Järnvärgsmuseum in Gävle, about 170 kilometres north of Stockholm.

Painted green, with yellow trim, the locomotive will go on display for a week as the museum celebrates 100 years of electric trains in Sweden.

The 20-metre-long train engine is particular for being composed of three sections hinged together to navigate the curving rail routes wending through mountain passes.

They are paying 2,900 francs for the one-way journey, which includes meals and stops in spa hotels.

The locomotive is set to arrive in Gävle on Septmber 7th and is scheduled to be returned to Switzerland on September 22nd.