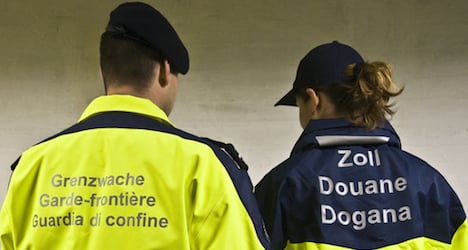 I couldn’t believe my luck. For a while I had had my eye on a dress online at one of my favourite UK retailers – and now it was a snip at 75 per cent off the original price. I fished out my credit card without further persuasion.

A week or so later when the courier pulled up outside my Zurich flat, I dashed out to receive my parcel.

The excitement, however, was short-lived. The package was stamped with an ominous red sticker: a warning that I must pay customs duty to get my hands on it.

It was maddening – not because I didn’t know about import charges, but because I had ordered a skirt of around the same value a few weeks ago that had incurred no fee. The courier was different, though. I was determined to get to the bottom of it.

On its website, the Federal Customs Administration (FCA) describes customs duty as “indirect taxes that are levied on goods that are brought into the Swiss customs territory.”

If you shop over the border, you are responsible for registering with the FCA for assessment. If you buy online, the Swiss Post or courier service takes care of the customs declaration.

“Switzerland is not part of the European Customs Union, so customs duty must be paid,” explains Walter Pavel, a spokesperson for Customs. “Import duties are clear. You can find all the information on our website.”

The FCA website contains a wealth of details. For example, customs duties are generally calculated according to gross weight (including packaging), and are often less than one Swiss franc per kilo.

Items such as alcohol, food, textiles and jewellery are subject to higher customs duties. You must also pay VAT at 2.5 per cent for goods such as books, or eight per cent for everything else.

Meanwhile, customs duties less than five Swiss francs are not levied, and gifts are customs duty-free under 100 Swiss francs – as long as they are declared to be a present.

Charges, however, often reach unexpected amounts. Ecuadorian Heidi Stadler, who lives and works in Zurich, shares a cautionary tale with The Local: “A relative in the USA sent a used camera for my daughter, and declared its original purchase value, assuming it was for insurance purposes,” she says.

“When it arrived, we had to pay 60 francs for a second-hand camera that was worth much less than that. Since then I have warned all my friends and family to be careful about the value they declare for used items, because it is used for tax rather than insurance purposes.”

For deliveries, as well as having to pay customs duty on second hand goods, you can be also be subject to higher charges depending on the courier service used.

“The customs broker is free to set the charges for a clearance, but prices generally vary between around 18 francs for the Swiss Post to more than 40 francs,” reveals an employee of AAS Freight, which charges 25 francs for its clearances.

The employee, who prefers to remain unnamed, adds that the Swiss Post charges an additional 13 francs if an inspection is ordered due to missing or incomplete customs documents, warning that certain online retailers do not provide the necessary tax tariffs – leaving the customer with yet more cost.

All these add-ons can push the charges up: I ordered an item from a major UK retailer to the value of £27, including shipping costs. One customs broker calculated it to have a ‘taxable goods value’ of 65 francs. This was based on VAT at eight per cent and the broker’s charges, amounting to a total import fee of 38 francs – that’s roughly the same as the item alone.

“The point of having customs at the country’s borders is to protect its own market, encouraging people to buy goods in local stores – which is often cheaper than buying abroad,” argues AAS Freight.

It seems fair: people who earn Swiss francs should surely spend them in Switzerland. But not everyone agrees. A 2013 study conducted by the GfK market research institute found that one in four Swiss consumers took their passports in search of a bargain at least once a month.

In fact, the strength of the franc and popularity of shopping abroad contributed to Switzerland’s economy heading for its weakest performance in six years in 2015, according to Swiss media.

“We shop over the border almost every weekend,” says S. Baumgartner, who lives in Basel. “The main reason is because it is so much cheaper than Switzerland, but we also really like France. It has such a good range of quality products. You can find the best coffee and cakes for half the price!”

Laws state that customs must be declared at the border – without being requested if the crossing is manned, or using a declaration box if not. There are also mobile officers, who carry out inspections several kilometres from the borders. If you are caught with dutiable goods and no registration form you are liable to prosecution.

Dutiable amounts kick in above 300 francs per person, per day. However, the total amount of certain products that can be imported without paying customs duty is limited.

Milk is duty free each individual can import up to five litres of beverages with up to 18 percent alcohol and one kilogram of meat products per day without duties. For further clarification, in 2013, a company called doppelplus Consulting GmbH launched the app Swiss Customs and VAT, which has an integrated rate calculator and an information button.

Luckily for Switzerland, plenty of people put their money where their mouth is. One expat who lives and works in Basel reveals to The Local that he has Swiss friends who refuse to shop in France and Germany because they want to support their local economy. “And they have a perception that Swiss quality is higher,” he adds.

Fabienne Lauener of Basel Tourism agrees. She says: “Lots of people from Basel go shopping in Germany, but there is also a counter-motion. People are more and more aware of how important it is to shop in Switzerland.

“Many people from Basel also support the small shops in the Old Town or go shopping on Market Square, a traditional market for fresh food.”

With the cross-border and online shopping trend unlikely to peter out anytime soon, it is a good thing Switzerland holds some temptation for shoppers. But if you’re going to risk the customs hurdle, buy that bargain at your purse’s peril. 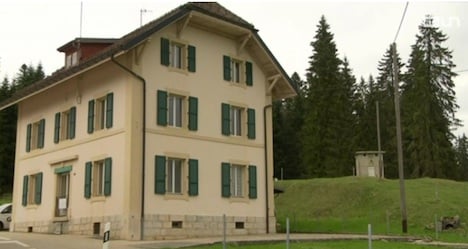 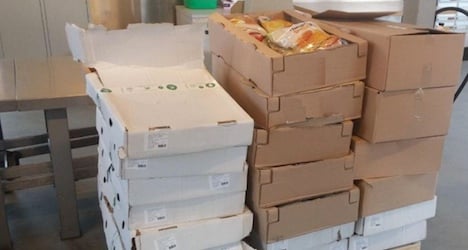