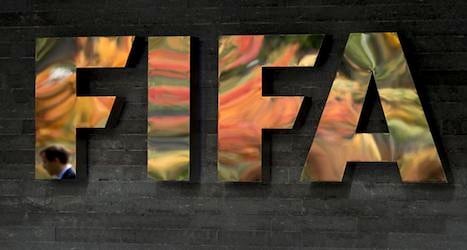 Headed by Lausanne lawyer François Carrard, the committee will first hear from Domenico Scala, who is chairman of Fifa's Audit and Compliance Committee, according to an informed source.

No agenda details were released.

Carrard, 77, was appointed by Fifa on August 11th to lead the Reform Committee after the corruption scandal erupted in May, when seven football officials were arrested at a Zurich hotel on the eve of a FIFA Congress.

The seven Fifa officials were among 14 people facing charges in the United States over more than $150 million of bribes for marketing and broadcasting contracts.

Fifa president Sepp Blatter was re-elected for a fifth term at the Zurich congress but, under pressure from the arrests, he suddenly announced he would stand down next February when a new election for his post would be held.

Subsequently he announced that a reform committee task force would be set up to draw up a list of changes.

Blatter denies any wrong-doing and Carrard has gone on record as saying that there was not a shred of evidence against his fellow Swiss.

Carrard, who previously was in charge of implementing reforms at the International Olympic Committee in the wake of the bribery scandal-hit Winter Olympics of 2002, is due to present his reform proposals to a Fifa congress meeting on February 26th, when Blatter will officially stand down.

The Reform Committee, which will sit for two days, comprises two officials from each of the six Fifa confederations.